The Morphing of a Social Entrepreneur

When I first met Ryan, he was entrenched in the mystical world of coding for a secret project. This secret project would supposedly change the world of media streaming. His team of software engineers worked diligently with no salary and no guarantees, only the promise of a significant payout when the project succeeded.  I didn’t understand it all.

As I got to know Ryan, I realized that this was how his world turned.  His world was full of risk…people who trusted him and his ideas…2-page business models…little startup capital and lots of hard work…a high tolerance for chaos…resilience, tenacity, and adaptability. Ryan was full of true GRIT, risk-taking, and entrepreneurial spirit.

Ryan was the kind of person described by George Bernard Shaw, “…people who get up and look for circumstances they want, and if they can’t find them, make them.”  In the words of author, Kathleen Allen, “…most business ideas stem from a problem or opportunity that the entrepreneur sees in his or her immediate environment.”1 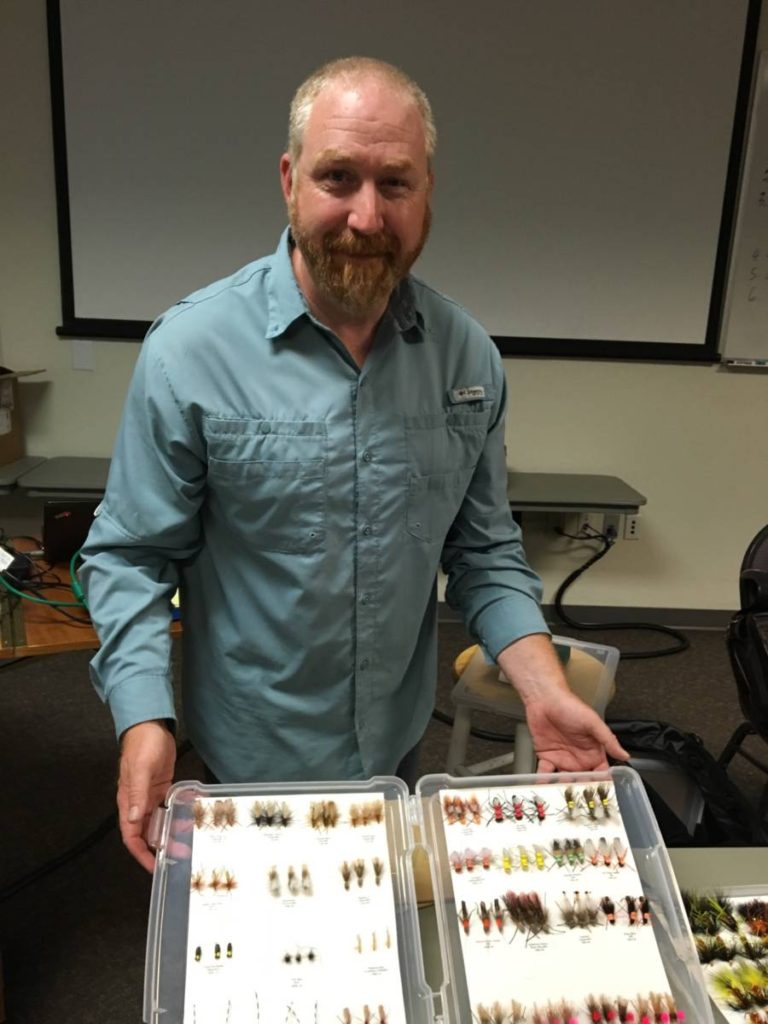 The Heartbeat of Social Entrepreneurship

I lost track of Ryan for a few years but we reconnected a few months ago.  We met for coffee and caught up. In those years, Ryan has failed and succeeded.  His sectors have included risk management, software development, outdoor guiding, and medical service records. But most significantly, Ryan has made a huge shift in his entrepreneurial focus since the last time we talked.

Ryan is used to solving problems, but he has found a new motivation for doing so.  In his words, “I can do all this to benefit myself; I can do it to benefit a big corporation or the government, but I have learned that the most satisfying endeavor is where I do it for the poor, disenfranchised and those victimized by injustice”. I can’t think of a better explanation of the heartbeat of social entrepreneurship. 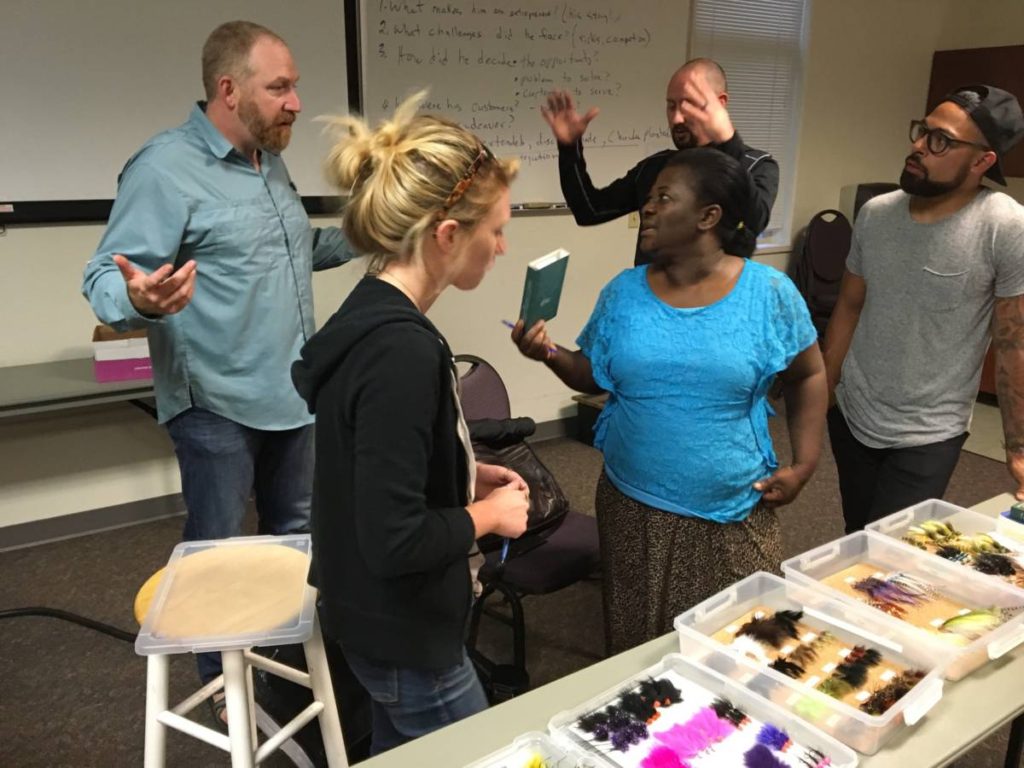 When he came to this realization, he decided to build a new enterprise in a field he was familiar with – fly fishing. He researched where the thousands of hand-tied flies originated and discovered the dark world of fly-tiers in third world countries.  Outfitters stock hundreds of premium flies believed to attract trophy fish for their fly fishermen clients.  Such flies are tied by hand in sweat shops in places in Africa, SE Asia and elsewhere.

Ryan found that roughly 95% of the fly tiers are women. Most of these women also work in the brothels at night just to be able to feed their children. Ryan was shocked to discover how little they were paid and to witness firsthand the slum conditions in which they lived. He decided he must do something about and embarked on a new kind of entrepreneurship – social entrepreneurship.

Ryan developed a viable business model. He determined that the $3.50 average cost of a good fly is a small investment for a fly fisherman’s well-earned vacation. The cost at the source is just pennies. Selling to the 4800+ registered fly-fishing outfitters proved to be the best and most scalable market. He tested the market with hundreds of styles of fish flies. He researched the cultural nuances of each country and the intricacies of the supply chain. He crunched the numbers on profit margins. His goal was to increase the fly-tiers wage as much as ten times so that they can live on a fair wage.

Currently, Ryan has 20 employees in Kenya. The model has worked thus far to spare these women from the brothels, give them a decent wage, and preserve their dignity. His morphing process as a social entrepreneur is nearly complete. He has combined his strength, passion, economic engine and transformation impact into one powerful enterprise. 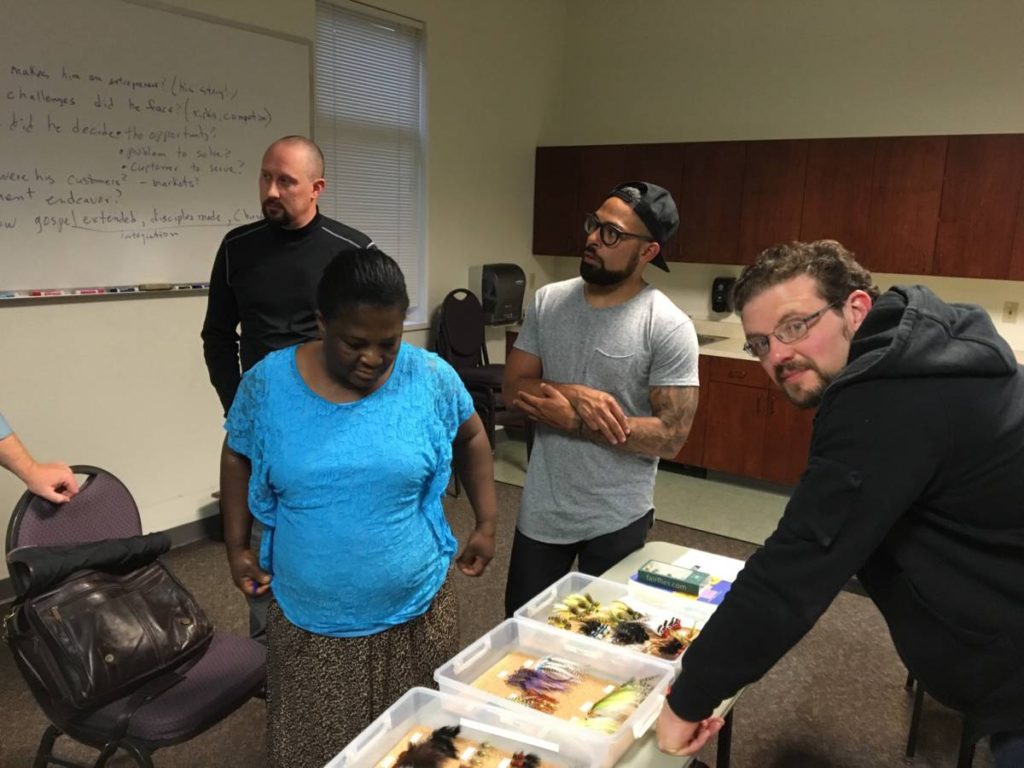 As you read this he, his wife, and three daughters are living in Nepal for 3 months to kick off the project in that country. They are learning the culture, teaching quality control, and organizing a staff of fish tiers in a desperately poor country. They are doing it all to see lives transformed economically, socially, and spiritually. And they have real stories of real lives being changed by their business.

Each box of flies that Ryan’s company sells carries this description on the back of the box:

We work with disadvantaged populations to help them achieve their dream of an economically stable life.  Each box of our ethically-sourced flies helps bring dignity and a decent wage to vulnerable men and women.  Some of our fly tiers are at risk youth that have grown up in orphanages and lack any formal education.  Others are widows who have children and women who have been trafficked.  The bottom line is this:  Our flies change lives.

Want to be further inspired? Check out this short video on what Fair Flies is all about.